Okay, I admit it: I am one of those people who erase the graphite string lines after drawing and before shading. They never disappear enough into the patterns for my taste. But this week Joey challenged us to emphasize the string line. So I took the current string from TanglePatterns.com and chose to do a grid pattern behind it, so the string looks as if it floated on top.

For the grid I decided on Crusade, because I had rediscovered it the other day and realized it was very different from what I remembered and I had been waiting for an opportunity to use it. A bent grid, drawing behind, how hard could it be?

Well, this was not exactly the most zen-like experience I have ever had in my life. There was a certain amount of swearing involved. But I am quite satisfied with how everything turned out in the end. After I erased the string line in the end, I then redrew it and smudged it. I also weighted it a bit where I wanted shadows to fall onto the background.

I will definitely use Crusade again. Now that I have battled it into submission, I hope that next time it will behave from the start :) 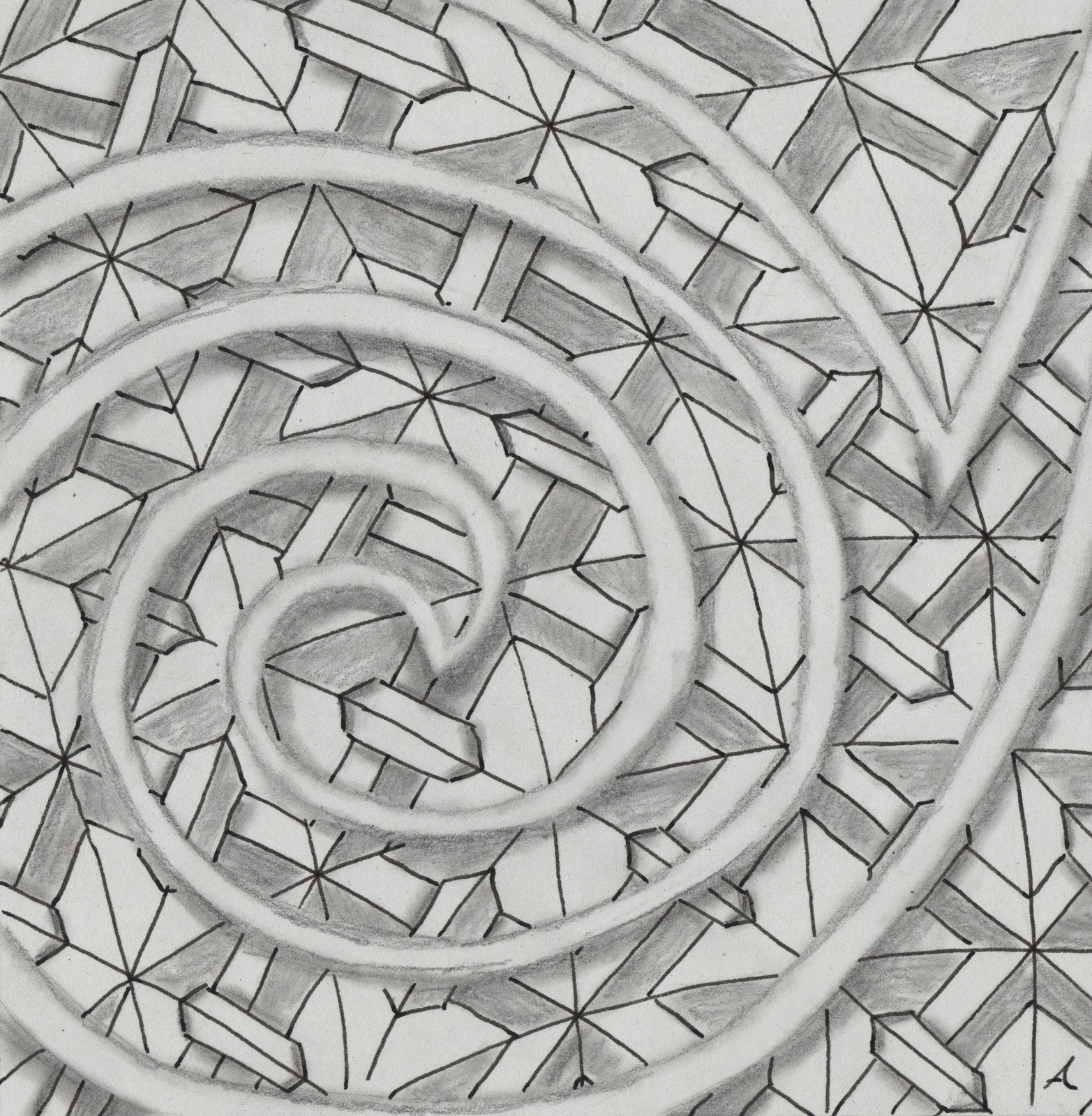